Michael Traver started Turbo Press in 1987 with the goal of reducing his clients printing costs. Today Turbo Press is known for producing high quality quick turnaround, offset printing, digital printing, and diecutting plus full in house bindery services, all at affordable prices. Our friendly and knowledgeable staff has a combined total of 200 plus years of printing experience. We are always on the cutting edge with today’s technology, and we would love the opportunity to show you our facility. Come in to save money on your next printing project or one of our sales representative’s can come to you. 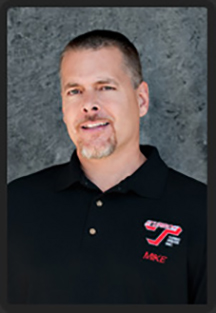 Mike is a true Denver native and has lived in Colorado his entire life.  Mike started his print career in 1979 as a production employee.  Over the next 8 years he was able to work in the bindery, pre press department and pressroom at a few of Denver’s elite print shops.  He was fortunate that he was able to learn from some of the best in the business.  In 1987 Mike started Turbo Press and proceeded to assemble one of the finest teams in printing.  As a company Turbo  Press takes great pride in the quality of their work and service.  As the owner Mike has fun finding creative ways to keep his clients cost’s down.

Married to Sylvia for 30+ wonderful years, they have 3 great sons, Jesse, Travis
& Austin. 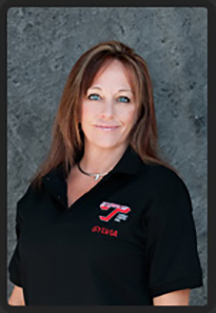 She met Mike Traver in 1983, while working in Denver. Sylvia and Mike met again in 1992, and began their wonderful family with Jesse, Travis, and Austin. She is happy to say they recently celebrated their 19th anniversary.

Sylvia say’s “watching The Turbo Press family grow over the years has been amazing, truly a wonderful staff and a great company”

Sylvia enjoys spending quality time with my family, being outdoors, exercise, dancing, music and basketball with our boys. 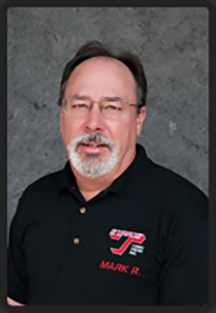 Mark Ross has been with Turbo Press for nine years as the Plant Manager. Marks father Albert Ross was a pressman for Silers Printing for thirty years and worked for his Uncle, George Urbach SR. who owned Silers. Marks father AL, met Marks mother while working there. Later Al started a printing company in the back room and garage of their home. By age ten, Mark was running and helping rebuild small duplicators for extra money.

Mark took four years of Graphic Arts through a vocational school in Westminster. Mark went to work for American West as a pressman for two years then moved to LK Media Group Under owner Larry Kimbriel and took a Plant manager position for the next twenty one years. Henry Worst acquired LK in 1999.

Mark moved to Turbo Press in 2000 and has plans to retire from Turbo.

3. Management and Business certificates through Printing Industries of America 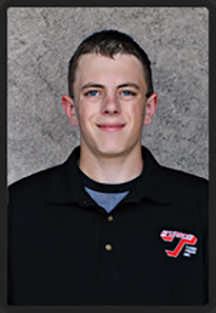 Jesse started in printing while in high school. He has been working full time for Turbo press since 2011. He has experience in sales, customer service, order managing, estimating, and bindery. Jesse has plans to learn from the best and help take Turbo press into the next generation of printing.

Jesse’s hobbies include working out, snowboarding, basketball, football, music, and hanging out with friends & family 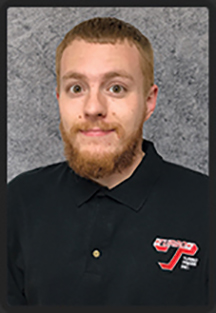 Travis is one of Mike’s three sons. With his father being the owner, Travis has had his foot in the printing business since he was really young. He has been working full time for Turbo Press since 2013. He has experience in sales, customer service, order managing, estimating, bindery & has a great work ethic. Travis has learned from the best and has a great amount of knowledge about the printing industry. He plans to learn much more and help take Turbo Press into the next generation of printing with his two brothers, Jesse & Austin.

Travis’ hobbies include working out, snowboarding, playing sports, and hanging out with friends and family. 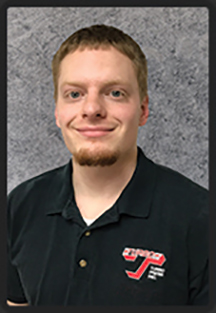 Austin is the youngest of Mike’s three sons. He has been working part time in the business since 2012, and started working full time in 2015. He has great bindery experience and excels at hand bindery work. Austin started full time sales in 2016. He is very persevering, and has the work ethic of his Dad. 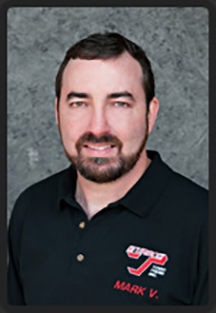 Mark owns a computer consulting business serving individuals and small companies. He strives to demystify technology and make it practical to the average computer user 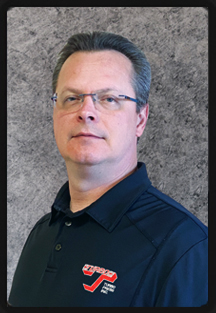 Glenn has been a prepress technician for over 25 years and brings great experience and hard work to the Turbo Press team. Having a background in graphic design, he is able to ascertain the intent of a designer to make sure the final printed piece is exactly what the designer and/or customer intended. Because of his extensive use and knowledge of most graphic design programs popular today, he has learned tricks and short cuts that he is happy to share with the customers of Turbo Press.

Married for over 20 years to Kimberly and a proud father of four sons. 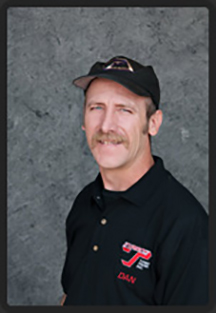 Daniel started working in printing after being honorably discharged from the US Army in 1987. His first job was in the bindery department at LK Printing under Mark Ross. He then moved on to Miller Press for over 6 years, and finally moved to Turbo Press in 2004.

Daniel’s hobbies include 4x4ing with his Jeep in the mountains, fishing & camping, and Broncos football. Daniel does auto and home maintenance work on the weekends.

He has been married over 20 years to Jacqueline. They have two daughters, Cadie & Hannah, and a dog Tonka 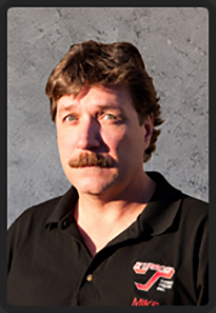 Mike has lived in Denver for a long time and he came to work to work for Turbo Press in 2003, working the evening shift. Mike has a long and colorful history in the printing business. He has seen numerous changes in his many years in the industry. Mike started out as a teenager working in his father’s print shop.

Mike likes to catch lots of great fish with his hand-tied flies. He also spends his daylight hours working or cruising around in his antique cars. Because his hobbies require daylight hours, an evening shift is perfect for him. 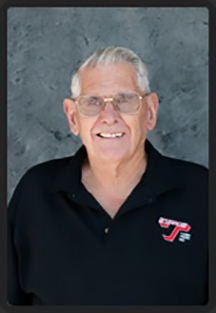 Harold retired from Robinson Dairy in 1989 after working there for 37 years. Some people can retire and be perfectly happy, but he knew he wasn’t one of them. Harold likes to take a vacation every year but doesn’t want it to last for 52 weeks.

Harold helped his son Mike get Turbo Press started, mostly through financial help. When he retired from Robinson Dairy he started working at Turbo Press full time. He says “It is very gratifying to see a business do well, even in tough times.”

Besides Mike, Harold has two daughters and five grandchildren. He likes to attend as many of their school functions as he can. They have a very close family.

The two sports Harold really likes are stock car racing and mountain climbing. His cars won track championships at Englewood Speedway twice. There are 54 mountains in Colorado over 14,000 feet tall. According to the Colorado Mountain Club, Harold was the 198th person to climb all 54 of them.

Life has been very good to Harold and he hope it lasts for a long time. 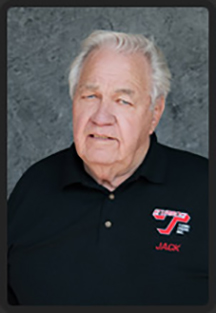 Jack Ehrman’s printing career spans over six decades and with his vast experience from estimating to ownership to printing sales, Jack is the person you  want on your team to produce your printing project.

Jack attended a printing trade high school in Cincinnati, Ohio.  Upon graduation, Jack entered the military and served in the Korean war.  Upon his return, he married his lovely wife Ann.  When their first child was born, they moved to Denver where Jack worked for several local printers.  Jack started his own company out of three bankrupt printing companies in 1984, and it was called Phoenix Press, hence the logo, a Phoenix bird rising from the ashes.  His son Michael, daughter, Sherri, and his other two sons, Ted and Rick, also worked with him.  He also owned a printing company in Colorado Springs called Colortek.  Jack sold these companies in 1994.  His three sons and also a daughter-in-law are all still in the business.

Jack took some time off then Mike Traver asked him to come and sell printing for Turbo Press.  Jack is very consultative in his approach to printing sales and with his extensive estimating background he is able to help you figure out cost effective ways to produce your projects.  Customer service is very important to Jack and you see very few sales reps who still come out and personally go over your proofs and projects with you.

Jack likes to spend time with his grandchildren, making wine with his son, Michael, going fishing and taking care of his beautiful yard with his wife of over 50 years. 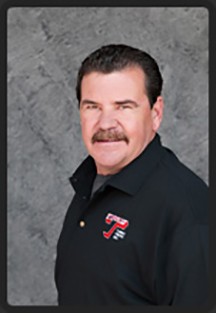 Jim retired after 30 years in retail management.  During those years he was very successful, which enabled him to retire at a young age.  Finding himself bored Jim took a delivery job at Turbo Press.  Jim’s delivery job is important because he is last contact with the customer. 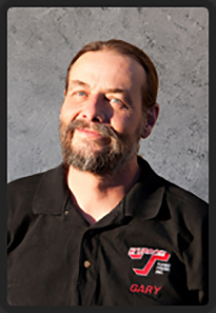 Gary was born, raised and educated in the Denver area. He is a third generation Malpiede, a rare thing in Colorado’s transient population.

Gary was in the printing business for 38 years, the last seven of those years at Turbo Press.

Gary has two daughters and many dogs.  He lives in the mountains at Bailey where he can enjoy the beauty of the state and the outdoors. 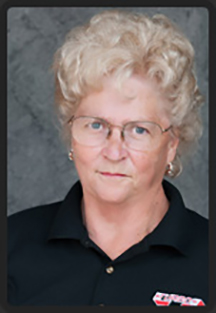 Jo Needham joined the Turbo Press team in 2000 as an addition to their sales force. Her many years in printing bring experience and expertise to help clients choose the best showcase for their products. Jo’s “claim to fame” is that she is available to her customers anytime they need her, as her phone is never turned off. 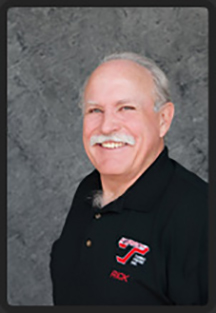 Rick Garnett has worked for Turbo Press since 2002 in Sales and Customer Service. He has been in the offset printing field for over 30 years. Before coming to Turbo Press he was the Assistant Manager/Production Manager at The University of Colorado Health Sciences Center in-plant print shop for 20 years. While he was there, the shop revenues grew from $500,000 annually to $1,800,000. Before he was at UCHSC, Rick managed two quick-copy shops on the Oregon Coast for the Scripps Ifft Newspaper Corporation.

He served three years as a United States Army Green Beret and graduated from the University of Montana with a Bachelor of Arts degree in Business Administration.

Rick’s hobbies include creative writing, woodcarving and spending time with his lovely wife and two children at their home in Centennial. 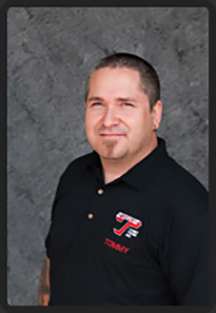 Tommy has been with Turbo Press since 1993 as a pressman. He currently runs our Sakuri 5-color press with coater. He has been in printing since 1988. His printing career started at Warren Tech vocational school for printing technology. Upon graduating, he worked for Pip printing for three years and then moved to Turbo Press.

Besides printing, he enjoys his family, art, and music. 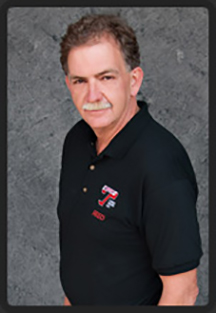 Reed has been with Turbo Press since it’s inception. He began his career at the age of 16 as a press operator in his father’s in-plant facility: Special Products in Golden, Colorado. He then enrolled at Denver University and was accepted as a staff member of DRI-Denver Research Institute Publications.

After college, Reed owned a bookbinding & publishing company and two printing companies. His expertise extends from prepress to management, production, sales & marketing and all facets of printing.

Reed enjoys golfing, waterskiing, boating and spending time with his family. He has been married since 1978 and has a daughter who is a ICU Trauma nurse at St. Anthony’s and a son-in-law who is K-9 officer with the Lafayette Police Department. They have blessed him with two wonderful grandsons.